Even as a child, Mike Reynolds had dreams of working in the field of frontline rescue. With an affinity for the 70’s TV series “Emergency!”, Reynolds initially lived it out by triaging toy dolls while donning a red plastic fire helmet. In high school, he washed trucks at the local ambulance station, pining for the opportunity for an occasional ride-along. He completed EMT school before the age of 21, so his dreams of working as an EMT would either need to be placed on hold -- since EMS departments couldn’t hire anyone younger than 21 for insurance reasons -- or he’d have to go at it a different route. So he joined the Army in November of 1994, and served as a flight medic for 4 ½ years. After transitioning to the Georgia National Guard, he finally got his gig, working part-time for a local fire department and eventually an EMS station in 1999. Reynolds was married on Christmas of 2002 and, shortly thereafter, was deployed for one of multiple stints over the next 6 ½ years. It was his deployment to Balad, Iraq in the summer of 2009 that would change his life forever. 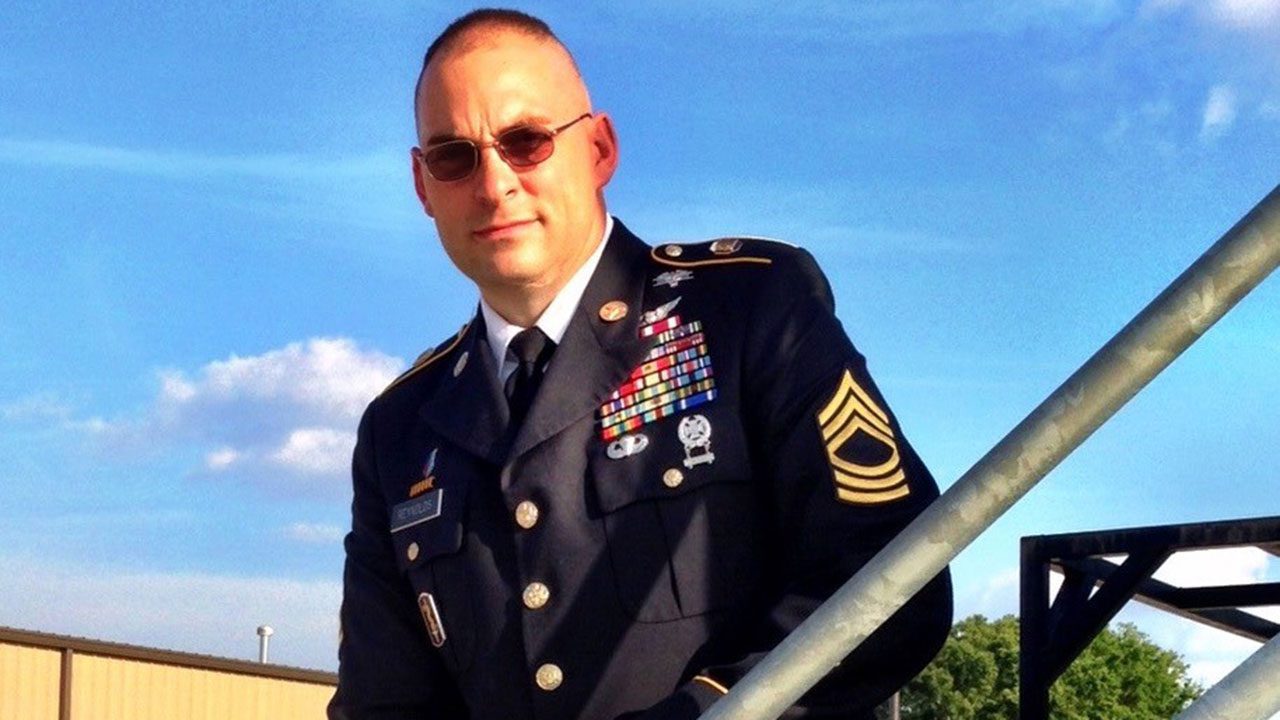 Four months into his tour in Iraq, Master Sergeant Reynolds suffered multiple injuries, including a traumatic brain injury (TBI). Even as his symptoms worsened, medical staff struggled to properly diagnose his condition. Searing head pain, memory issues, and a stutter all worsened as the months rolled by. His wife, Kim, fought relentlessly to get him adequate care, even bringing her concerns to her state representative. In August of 2011, the 37-year-old was found to be “unfit for duty” and forced to retire. Now, the man who -- since he was a child -- had a dream to bring aid to the sick and injured found himself in a battle for his own health... and a struggle to find purpose in life.

Reynolds was welcomed back to the local fire department. Hanging out with familiar faces – and being of service again -- helped him re-discover the peace that he had been without for so long. However, his condition worsened – and balance and vision issues necessitated a hospital stay that stretched on for weeks. When he was released, he was unable to land a job in the emergency medical field he loved so much. This despite stellar scores in his return to paramedic school and the completion of certification exams. At this point, he was unable to serve our country in the military – or serve his community with an EMS. Seeking to find his identity, he fell into depression. But in October of 2014, he found a new calling that started him on a journey of emotional healing… as a helping set of hands on his pastor’s cattle farm.

Feed the cows. Bale the hay. And if you don't know how to do it, you'll figure it out. What began as pitching in just a few hours per week became a Monday through Friday vocation. Over time, Reynolds learned everything one could learn about farming… from assisting a cow in labor to birth her calf … to helping sick heifers… to driving a tractor and mowing a pasture. As his responsibilities -- and challenges -- increased, he realized he didn’t have the time or attention to succumb to his anxieties. This newly learned farmer realized how his time in the fields was helping him heal after his time in the field. For nearly three years, he worked with other veterans, passing along his agricultural insights in the hopes that they, too, could shift their focus away from their worries, fear, and grief that they were dealing with post-deployment. In January of 2020, HERO Agriculture was officially born as a 501(c)3. Reynolds estimates he has helped 65 veterans to discover a new purpose through farming. Whether it be vets who have no desire to ever own a farm (but just need a mental break from work or home) -- or vets who are expert farmers but might be struggling on the bookkeeping side of things – Reynolds is lending a helping hand to those who have left the combat zone but are still fighting in a different kind of battle. He's a firm believer that when you’re trying to figure out how to bale hay or feed cattle, you don’t have time to hit the bottle … and there’s little room in your mind for the fears that might otherwise plague you. 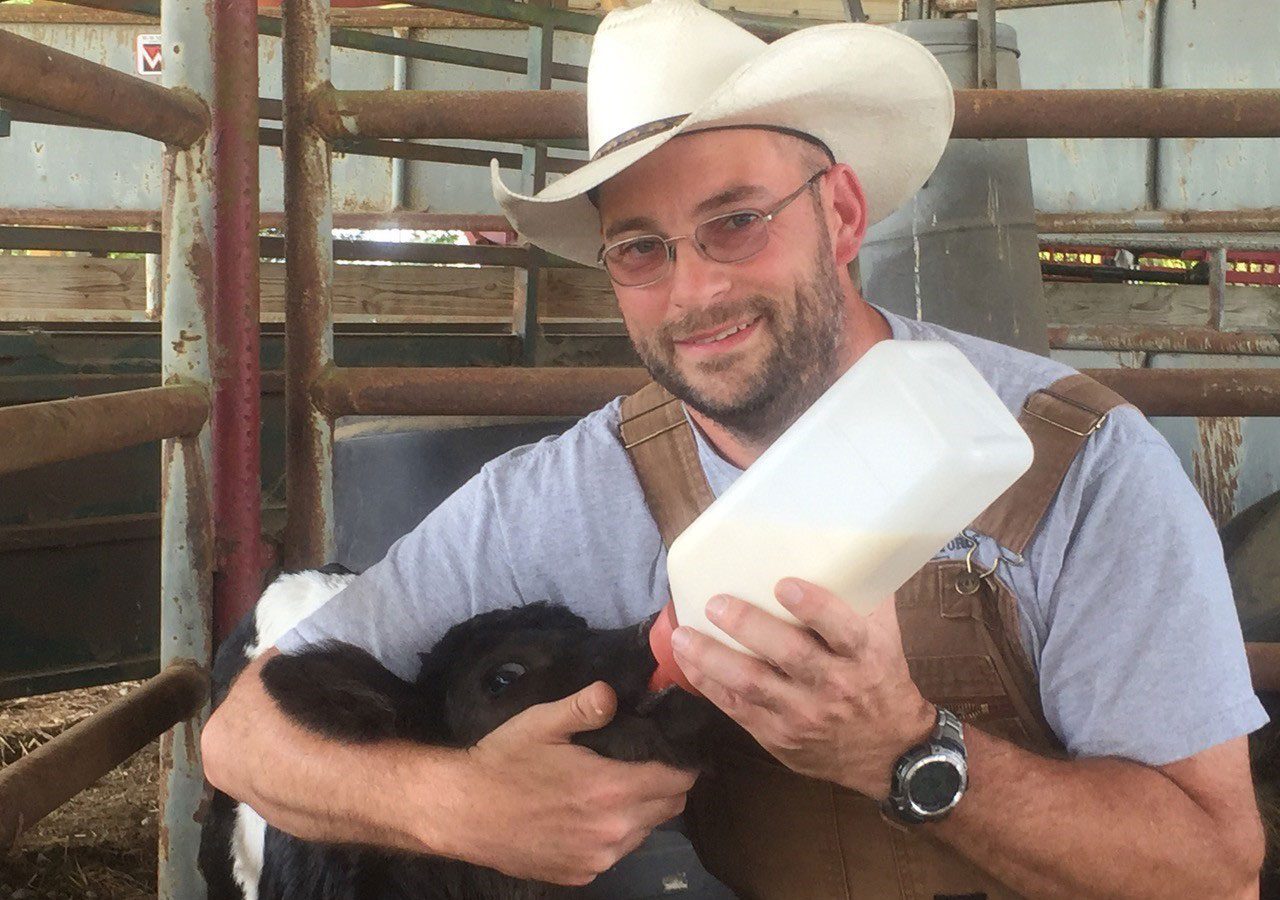 Much like the popular baseball movie, the field of HERO Agriculture is one of dreams. Reynolds built it… and they’re coming. He continues to expand with multiple projects in the works including a veteran center, and developing a business network to aid veterans in the areas of marketing, finance, business management... and much more. He just broke ground for a 13,000 square foot covered facility which will allow him to work with veterans more during the peak sunshine hours of the day. Reynolds points out that many of the veterans that have suffered TBIs also have a damaged hypothalamus, the portion of the brain which helps the body to regulate temperature. Also, veterans who have undergone skin grafts to help with burns sustained in combat can’t sweat through the grafts, which limits their ability to cool down.

Looking back at the impact the program has had on him, Reynolds says, “I think everyone needs a purpose. Helping other veterans like me gives me purpose. I remember how years ago, I had horrific nightmares. Nowadays, I’m so tired by the time my head hits the pillow, I just don’t have the energy for them.”

Nearly his entire life, Reynolds wanted to rescue people. He did so with an EMS and as a flight medic. Severe injuries sustained while serving our country brought those career paths to an end. However, this selfless veteran is still rescuing people… just in a different kind of field.

GET MORE OF: Happy Tears

YOU WILL ❤️ THESE!

Be UPliftedEnter your e-mail below to get the top UPlifting stories and videos delivered right to your inbox!

Opt-in below to get e-mailed the most UPlifting stories!

Thanks, but no thanks.